Vacations can be a daunting experience for families.
​It's not easy to find a destination that can satisfy a broad age range of children, not to mention parents, and do so without long holiday lines and expensive theme parks. In our case, we were also searching for someplace within easy, non-highway driving distance of the metropolitan area.

Not easily done, you say?

Perhaps. But the Brandywine River Valley, just over the Maryland border between Delaware and Philadelphia, proved to be a rewarding choice, offering plenty of diversions for our two girls ages 5 and 9, as well for my wife and myself.

And, what was even better, most of the time, we were able to enjoy the same places, if not always for the same reasons. Take our bed and breakfast accommodations at the Meadow Spring Farm, a gracious farmhouse with well-appointed bedrooms and common areas dating from 1836, for example. The girls were out at the first opportunity enjoying a tour of the working farm by Joshua, the owner's 14 year old grandson.

​They gladly walked around the windblown farmyard in subfreezing December temperatures, examining the cows and the mounds of hay stored for their feeding; checking out the chicken coop, and wondering why the hens won't lay eggs in the winter chill. When winter ends, kids can feed newborn calves, and collect some of those long awaited eggs.

Meadow Springs Farm is located in Kennett Square, Pennsylvania, just off of Route One. Only 120 highway miles from Washington, we charted a slower, far more scenic route, which took us far north on Route 97 [Georgia Avenue] before turning east to White House, where there's a funky corner take-out grill where you can sit on the porch and sip ice cream sodas. From there we continued east through Hereford before reaching Route 1.

During our three day two night trip, we limited our excursions to a small part of the Brandywine Valley between Kennett Square and Chadds Ford.

This area has been settled since the mid-1600s, and off the main thoroughfares, old homesteads and small corner hamlets still dot the expansive landscape. Harriet Taubman lived and worked in Kennett Square, which was also home to Quakers who helped many slaves to freedom along the Underground Railroad.
In this century, the area has drawn some of America's finest artists, most notably the Wyeth family, whose works, exhibited at the Brandywine River Museum, are now among the valley's most significant attractions.

We chose to arrive early at the Brandywine River Museum, which boasts the most comprehensive collection of the Wyeths' art, before the crowds arrived. As we waited to purchase tickets, an old man strolled by, arm in arm with a woman, wearing white, including a hat bordered with a broad band of fur. As we passed into the courtyard, where the stalls hawking a tasteful variety of Americana were just opening, the hot chestnut seller whispered to me, `Do you know who that was ? Mr. Wyeth .... and Helga. They come by frequently."

My daughters were terribly impressed to have gotten a glimpse of a "real" artist. They remained attentive through our tour of the museum itself, where not only works by Andrew Wyeth, but also by his son Jamie and father N.C. are featured.
​
The museum is a converted mill which abuts the Brandywine River. Owned by the Brandywine Conservancy, the museum grounds are laid out with native wildflower gardens and a mile-long riverwalk which one can follow to the colonial period house of John Chads along a wooden walkway through the countryside.
Outdoor entertainment is also the prime attraction of Longwood Gardens, famed for its magnificent Christmas time outdoor lighting displays. 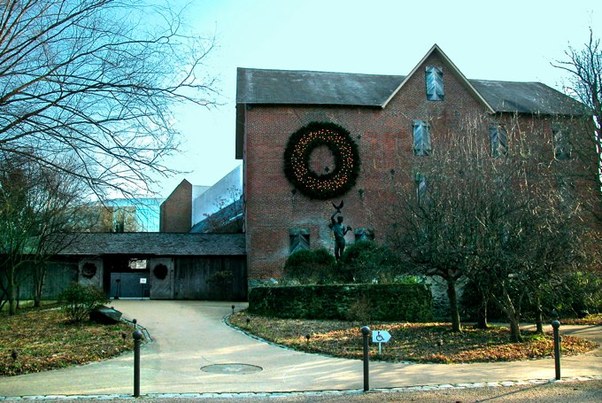 The gardens date from 1700, when the property was sold by William Penn to Samuel and Joshua Pierce. A small arboretum was planted by the brothers on the site, which became known as Pierce's Park. Pierre DuPont bought the property in 1906, continuing the tradition of permitting the public open access. Today over 1000 acres of gardens and open fields complement a striking conservatory, where special events are held, and where the popular Childrens' Garden is located.

We skipped the view of the Christmas tree, the line for which was almost an hour, but the kids enjoyed the maze of hedges in the Childrens' garden.

We spent most of our time outdoors however, walking unbothered through the gardens, which in the middle of winter offered a special attraction and beauty.

At the far end of the gardens, past the Italian water Garden, one comes to the meadow, a rolling field of wildflowers and tall grasses. There, as the sun begins to set, artists seek to recreate the hues of golden yellow sweeping across the land that Andrew Wyeth has captured on canvas.

Dining in the Valley requires some planning. Most of the places noted in the tour guides require reservations, unless you are prepared to wait for a seating, or in our case, endure a smoke-filled room.
​
We bailed put of this predicament by dining in two out of the way places, which were by no means fancy, but offered us the opportunity to feed the kids at a reasonable price. Today, months after our visit, my five year old Morgan still recalls the Unicorn restaurant with a smile. We were the only diners that night in the restaurant/bar in downtown Kennett Square, which suited us just fine. Betty's was more popular -- with families, locals, and traveling adults. 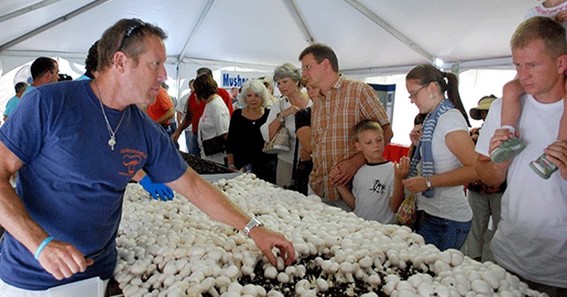 My daughter Morgan loves mushrooms, so what better place to visit than the Mushroom Museum in Kennett Square, "the world's mushroom capital." She got to sample lots of marinated mushrooms -- even if wasn't yet 10 in the morning -- and we had the opportunity to enjoy an unintentionally hilarious promotional movie on the joys of cultivating mushrooms. Produced in 1972, the movie's Ozzie and Harriet stereotypes are a regular crowd pleaser, according to the staff.

We planned our trip home via I95, and wanted to visit the Hagley Museum, the original DuPont estate just outside Wilmington before joining the highway.
​
On our way to the museum however we cam upon the Delaware Museum of Natural History on Route 52, five miles northwest of Wilmington.

Our kids are frequent visitors to the Museum of Natural History on the Mall, and while the material on offer at the Delaware museum is naturally more limited, it didn't seem to bother my kids, who practically had the run of the place. They particularly enjoyed the hands-on section, with its antlers, puzzles, and rock specimens.
We never did make it to the Hagley Museum, or to Rockwood, the Delaware Children's Museum, Winterthur, or the Delaware Art Museum. We'll be back.