New York and Boston can be beastly in the summertime.

​Heat and humidity overpower even the most hardy resident, and certainly the unlucky business traveller who suddenly finds himself with a couple of sweltering days between appointments.

Fortunately, Mother Nature has provided convenient and relaxing getaways for summer's refugees. The Hamptons, on the eastern tip of Long Island, and Nantucket, just off the coast of Cape Cod, beckon to travellers searching for relaxation and sport in the comfort and luxury of traditional New England coastal villages.

​The Hamptons, and their upstart cousin Montauk, were first settled by colonists in the late 1600s. Their refreshing summer temperatures and miles of flawless, white sand beaches, along with charter fishing, sailing, and world class golf course designed by Robert Trent Jones, remain to tempt us today. Gin Beach on Block island Sound is a haven for sun worshipers and warm water swimmers. 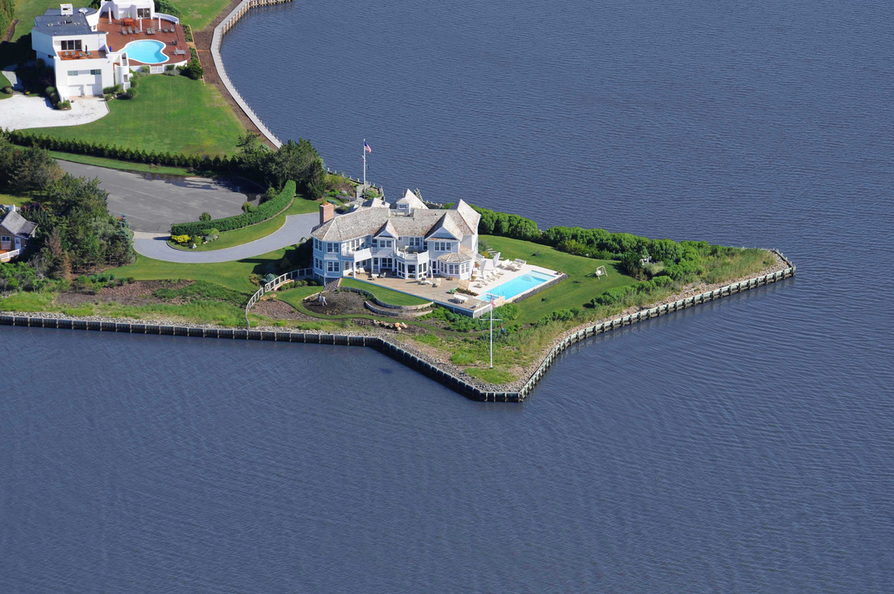 Getting to the Hamptons is easy. The most popular means of travel from New York City is by car via the Long Island Expressway. The two and one half hour trip, however, can stretch to twice that time on busy summer weekends. The Hampton Jitney Company [212-936-0440] offers a luxury coach service from midtown, as well as an airport connection. The much maligned Long Island Railroad [516-360-5700] has frequent service to outer Long Island from Penn Station. The railroad cars don't measure up to even the most pedestrian European train, but they offer the convenience and reliability of ground transport.

Easthampton airport is only a thirty minute hop from LaGuardia. Long Island Airlines offer scheduled and charter service [800-732-9001, outside New York State 800-645-9572]. General Manager Phil Jensen, a veritable encyclopedia of knowledge about the area and its offerings, is always standing by to assist travellers. Easthampton Air, like LIA, operates chartered and scheduled flights out of Laguardia's Marine Terminal.

​Accomodation in the area during the high summer season are a precious commodity indeed. Book as far in advance as you are able to assure the best choice of rooms and hotels. Two resorts at the very top of the list are the venerable Gurney's Inn and the regal Montauk Manor. 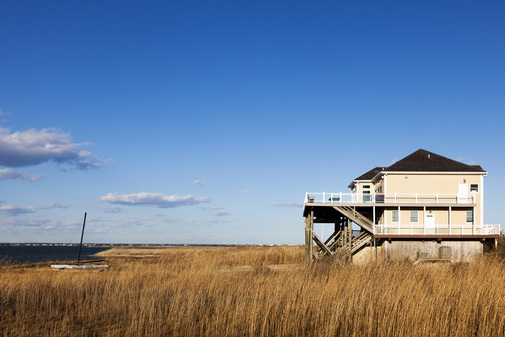 Gurney's [516-668-3203] is the grand old dame of area inns. Opened in 1925, the inn today offers 125 ocean front rooms, a first class restaurant featuring seafood and Italian cuisine, and a countless array of exotic treatments at the resort's world class spa. Gurney's seawater treatments, underwater therapies and more traditional message options guarantee a restful and relaxing break from the stresses of urban life. Access for the handicapped, however, is almost impossible. The staff is schooled in service, and the Inn's jitney will meet guests at Easthampton airport and at the Easthampton or Montauk railway stations.

Montauk Manor [516-668-4400], an imposing Tudor estate built in the twenties, is only now coming into its own as a destination for New York's weary. Sited on a hill about one mile from the water, guests can enjoy sweeping views of both Block Island Sound and the ocean. The Manor offers 140 kitchen-equipped suites, three tennis courts, and the opportunity for an exhilarating walk through the still undeveloped hillside. It is only a short, uphill walk from the Montauk rail station. The Manor is currently without a restaurant however, which makes a car desirable.

Further west along the road to Easthamnpton, the ocean front accommodations offered by the Driftwood, Arrow, and Ocean Colony are both elegant and invigorating.

Easthampton is best known for its summer homes and fine restaurants. Among the latter, three of the best are The Maidstone Arms on Main Street, which boasts continental cuisine in a relaxing, authentic atmosphere; the 1770 House, which serves terrific duck and an excellent choice of deserts; and the Palm at Huntting Inn, an East End imitation of the Manhattan original featuring great steaks. Little Rock Rodeo serves wonderful Mexican dishes, and is a favorite with parents. 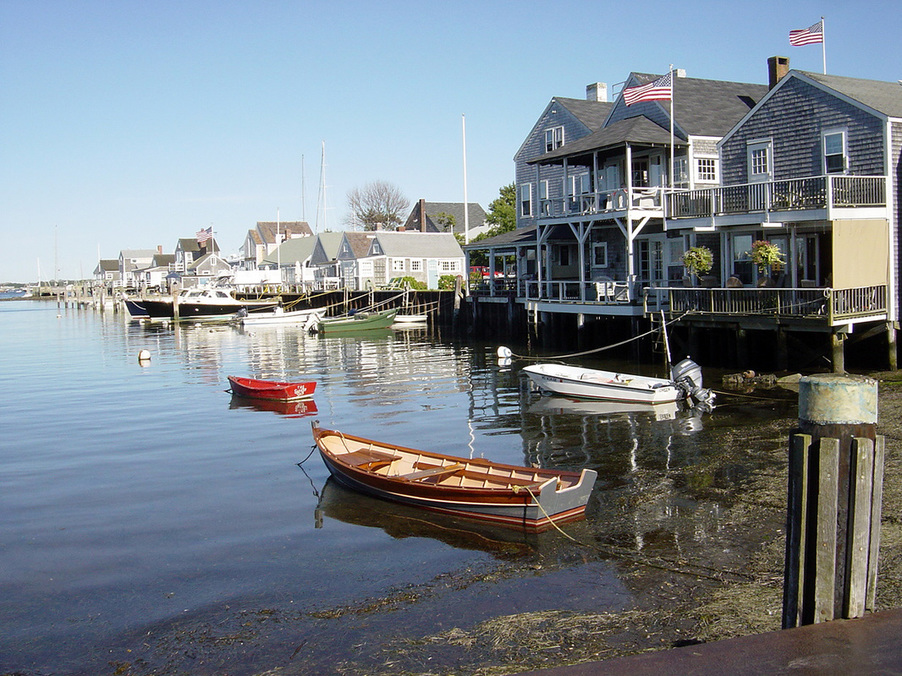 Nantucket rests amidst the warm waters of the Gulf Stream. Its beaches and rambling waking and bicycling paths have been supplemented by the more modern sporting diversions: tennis, golf, and sailing. Most people come to Nantucket, however, just to be there, to smell the ocean, revel in the sunrise, and stroll lazily around the architecturally significant town.

Eastern express and Business Express fly regularly to the island from both Boston and LaGuardia. From Hyannis, air service is provided by both TriAir and Nantucket Airline. Hyannis is also the departure port for the two and one half hour ferry to Nantucket run by the Steamship Authority [508-540-2022]. Hyline [508-775-7185] provides passenger service only. All visitors, particularly those who want to bring a car to the island, are advised to make reservations as early as possible.

The most convenient connection to Nantucket however, may well be the new catamaran service from Boston's Commonwealth Pier, scheduled to begin operations for the summer season. Passengers aboard the once daily, three hour trip, run by Bay State, Spray, and Provincetown Cruises [617-723-7800] will jet atop the waves on the high speed vessels, simmilar to the ships that race across the English Channel. The `cats' however, do not accomodate vehicles. 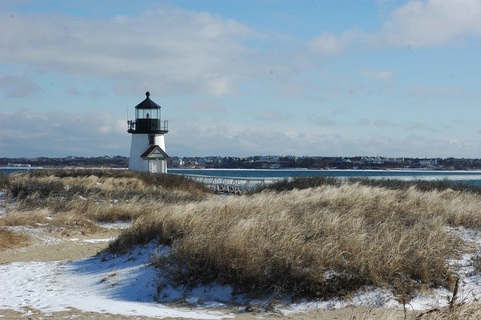 A car is not necessary to enjoy Nantucket's delights. The Harbor House[508-228-5500] is only a block from the ferry and has been completely redecorated for the 1989 season. The Wauwinet [508-228 0145], a classically New England country inn, boasts harbor, beach, and private ocean access. The White Elephant [508-228-5500], right on the harborfront and the Nantucket Inn and Conference Center, offer modern luxury accommodation, and self-contained sport and recreation facilities. Nantucket Accommodations [508-228-9559] is a privately operated reservation service for overnight accommodations on the island. Especially if you're booking late, this centralized clearinghouse can save you hours of frustration.

After a hard day of sun-filled leisure, yet another pleasure awaits. Nantucket is home to a number of fine eateries. Among the best are Straight Wharf, serving fine seafood; Club Car and Chanticlair, each with both French and American selections and excellent wine listings; and 21 Federal Street, with a wide and changing menu.

​And after dinner, the obligatory stroll through the Historic District to the ferry landing, where ships await passengers for the trip home.