​Traveling abroad with young children has all the makings of a major family disaster --alien surroundings, time changes, and hectic touring. So when planning a summer vacation in Finland, we chose an economical farmhouse holiday at one of a growing number of working Finnish farms that welcome guests.

These family-oriented destinations, complete with chickens, horses, and plenty of room for kids to roam, have long been favored destinations for Finnish families during their short summer season. Finns love to get away to their pristine lakes, seaside saunas, and their roots as tillers of the land. 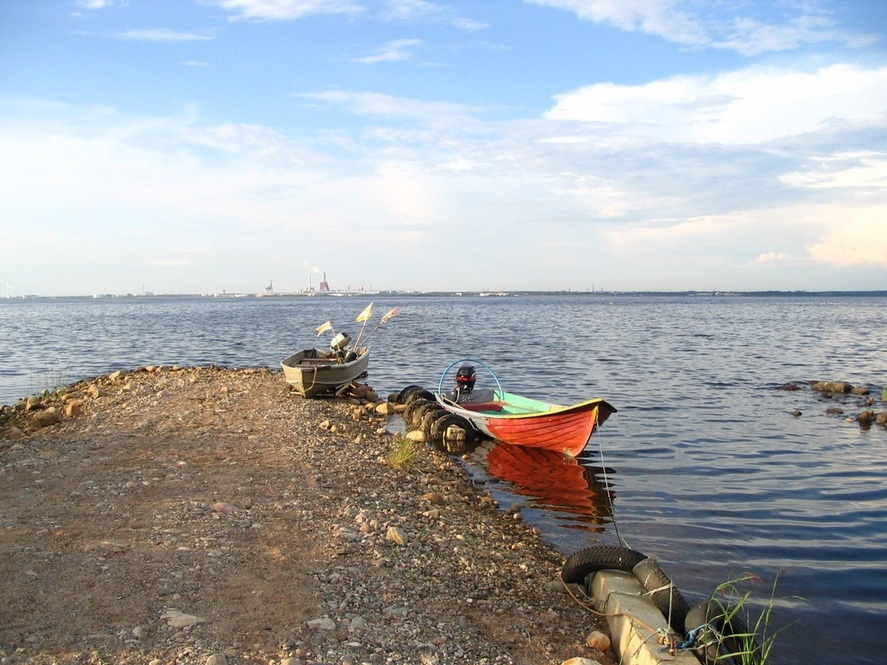 We sought out the farmhouse locale for its deliberately relaxed atmosphere. And we weren't disappointed. Our two children-- Morgan,aged fourteen months and Eve, almost five years old --are already experienced travellers, but this was to be our first trip abroad as a family. We determined not to see Finland as vagabond tourists but rather to establish ourselves at the farmhouse and it's kid-friendly diversions. What under other circumstances could have been an exhausting trek turned out to be a relaxing, restful, family-oriented good time.

We flew business class direct to Helsinki from JFK --a pampered experience which has spoiled us forever. From the moment we enetered the executive lounge we knew that this would not be your typical, dreaded family flying experience. Sitting in the lounge's relaxing, quiet surroundings, far from the bustle of the regular terminal made the two hour departure delay almost enjoyable. 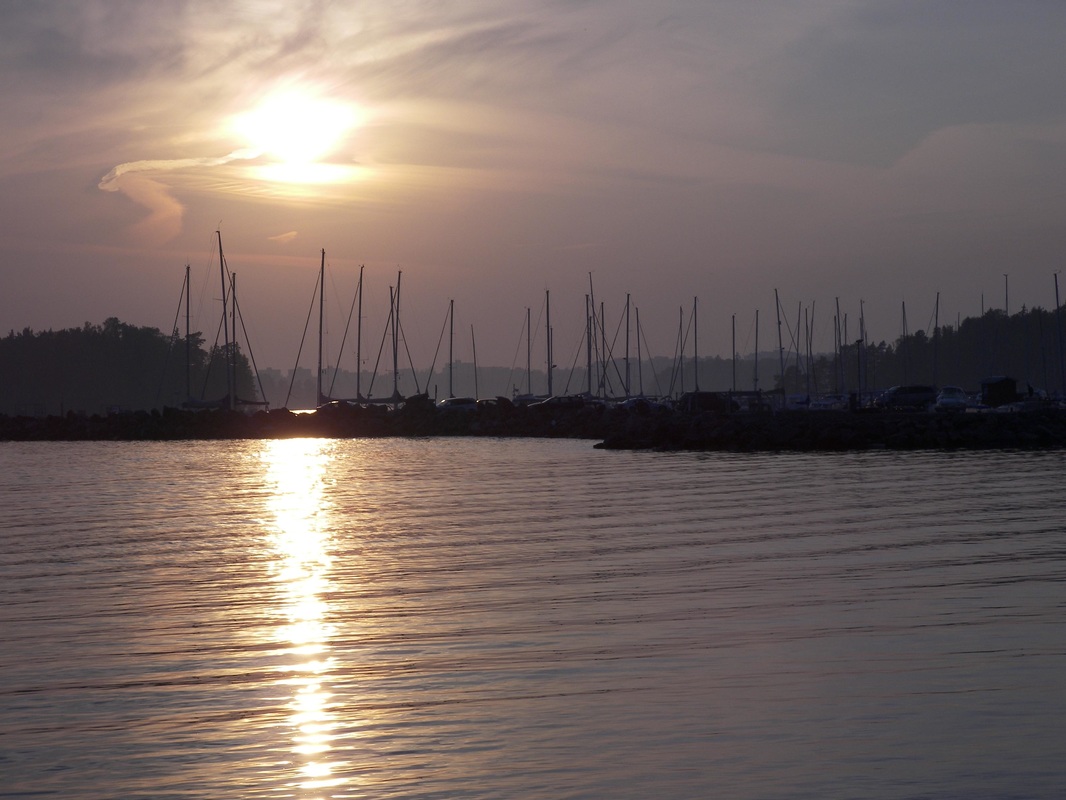 We slept during most of the seven hour overnight flight to Helsinki. And when the kids weren't asleep, they were indulged with toys by flight attendants, who even had a cupboard full of baby food for our infant, Morgan.

After a night's stay in Helsinki our farmhouse adventure began in earnest. We had chosen to stay at a farm less than three hour's drive from downtown Helsinki. There are nearly 100 farmhouses located throughout the country offering guest accomodation and listed by the Finnish 4H Organisation, a state rating and inspection bureau. We opted to travel by rental car rather than by bus [my daughter Eve's preference] to our destination -- Hoimela, a homestead at the end of a narrow, dirt-hardened lane bordered by ancient birch tress outside the village of Asikkala.

Our journey almost halfway around the globe into a comfortable, familiar homelike setting was far less problematic than some of our stateside car ride catastrophes. The easy transition was not lost upon Eve, who by week's end was dreading the departure from her new home and was anxious to learn Finnish, which appeared in her limited experience to be the most popular of foreign tongues.

These family-oriented destinations, complete with chickens, horses, and plenty of room for kids to roam

Hoimela is the home of Risto and Sirkku Jaruenpaa and their two children. Risto races horses, boards others, and raises corn and hay, and Sirkku teaches art at the local school. Sirkku speaks a very respectable English, and she served as our informal tour advisor during out stay.

The manor house sits on the top of a pine-studded ridge overlooking Lake Paijanne. Every summer the Jaruenpaa's move out of the house's bedrooms and into a converted shed to make way for guests. 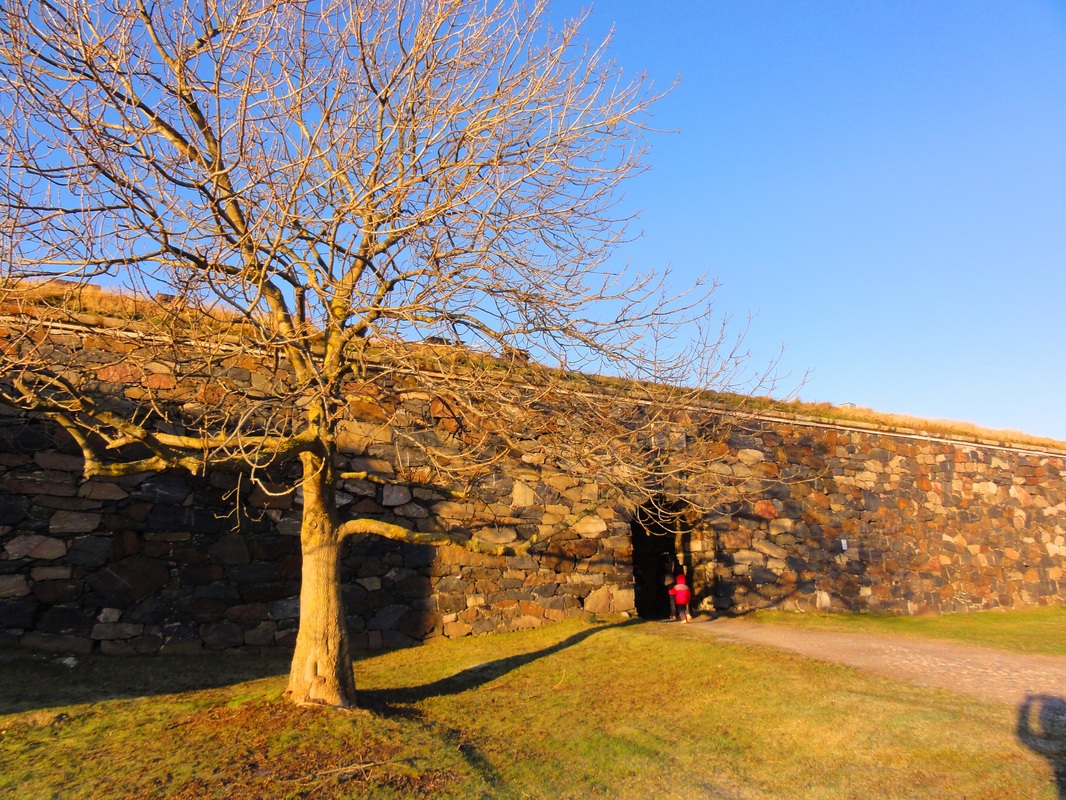 The four of us shared one of these rooms--one of two at the top of a gleaming white staircase. Downstairs were two shared bathrooms, a television and game room, and a large common room with a piano and view of the lake where buffet meals were taken.

In addition, there are a few guest cottages, one right on the lake with its own wood burning sauna --my choice for our next visit.

There was much to keep us engaged at the farm, and lots of time to do it. It never really became dark, in this, the land of the midnight sun. The constant light and the six hour time change wreaked havoc on the kid's sleeping `schedule.' But as difficult as a couple of the nights were for my wife and I, it didn't affect our itinerary. Our daily activities centered around the farm and its attractions, so there was plenty of time for impromptu naps.

Breakfast was served every morning from 7:30 to 9:30 [one morning when we slept until 10:30 we found breakfast still waiting for us]. Corn flakes, breads, boiled eggs, and porridge were on offer, along with fruit juices, coffee, and tea.

When the sun was shining we'd walk down to the lake less than 30 yards distant. The water was clear, and cold, and free of the droning of motor boats. Morgan spent hours testing her courage at the water's edge or trying to engage a two foot high porcelain elf--one of the many that dotted the farmyard -- while Eve and I travelled gracefully by row boat on long, peaceful explorations of the cottage-dotted coast. When I expressed an interest in fishing, Sirrku went out and bought a small rod and reel. Somehow we never found the time to use it.